Dates with the Immersion Blender 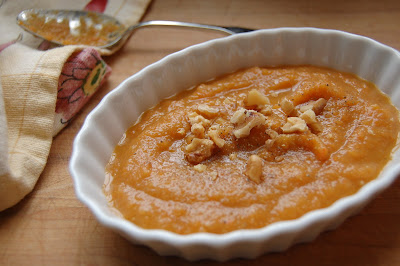 I never considered Carrot-Cumin soup "pub grub" until I was served it in Ireland (with a hearty slab of brown bread...) I had also never considered combining carrots and cumin, but alas, the combination was magical on my taste buds. I decided to find a recipe after returning to the States and discovered it was nearly as simple as the name says -- with a few added secret ingredients. Somehow, despite its lack of added cream, this pureed concoction achieves a deliciously creamy texture. The cumin gives it a spiciness that enhances the carrot (with added onion and potato) flavors. I also added a bit of ground coriander to the recipe I found to give it even more complexity and a third alliterative "C" to its name. Another quick, easy, healthy, flavorful soup added to the repertoire. I'm developing an obsession with the immersion blender...
Here's the shortlist:

Directions:
1. Clean, peel and cut all vegetables into chunks so they will cook quickly.
2. Heat oil in large pot. Saute carrots, onions and potato for about 5 minutes to heighten flavors.
3. Add chicken stock. Cook over medium heat until vegetables are well cooked (about 20 minutes).
4. Using an immersion blender, blend until quite smooth. (This may also be done by putting vegetables into a free-standing blender.)
5. Add cumin, coriander, salt and freshly-ground pepper. Adjust seasonings to taste. Serve with crushed walnuts on top if desired.

More images from my food styling/photo shoot of the dish: 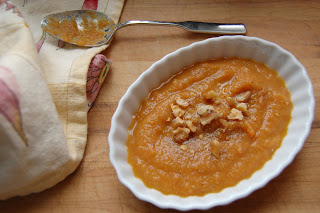 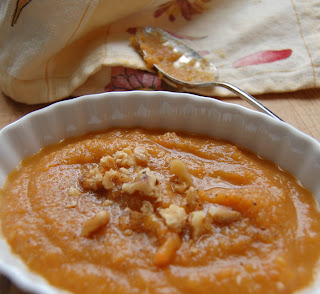 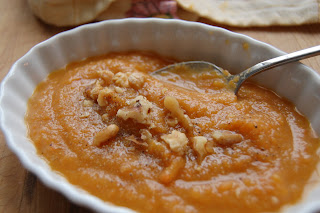 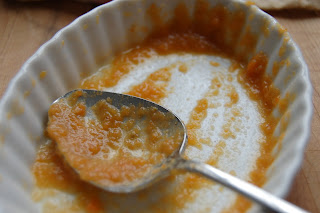