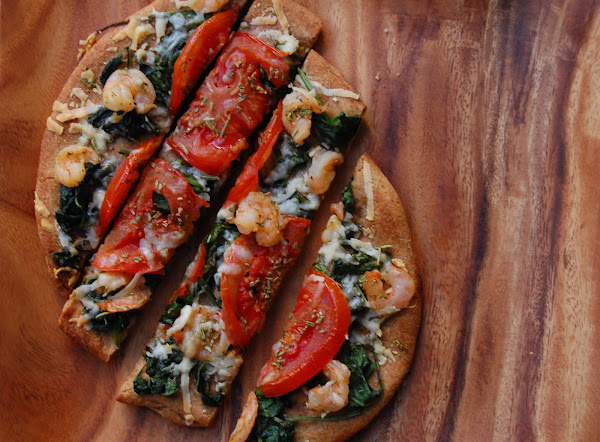 SPINACH AND SHRIMP FLATBREAD WITH TOMATO AND PECORINO

A pizza that tastes as good as it looks. The marriage of wilted spinach and tangy pecorino add density and flavor underneath colorful accents of sliced tomato and baby grilled shrimp. A shower of freshly chopped rosemary is the final element in a group of ingredients that compliment each other both flavorfully and visually. I used a whole wheat pita flatbread for the crust, toasting it slightly before adding the toppings to ensure a crispy base layer. Cut into strips and enjoyed with a crisp glass of white, this dish was a perfect summer dinner. It could absolutely function as an easy appetizer as well.

Directions:
1. Saute spinach in nonstick pan until wilted. Meanwhile, lightly toast flatbread in toaster oven.
2. Top flatbread with 1/2 of the pecorino, spinach, tomato and shrimp. Sprinkle remaining cheese and rosemary on top .
3. Bake at 400 degrees in toaster oven for about 10 minutes or until crust is browned.
4. Cut into strips and serve with a glass of crisp white vino. 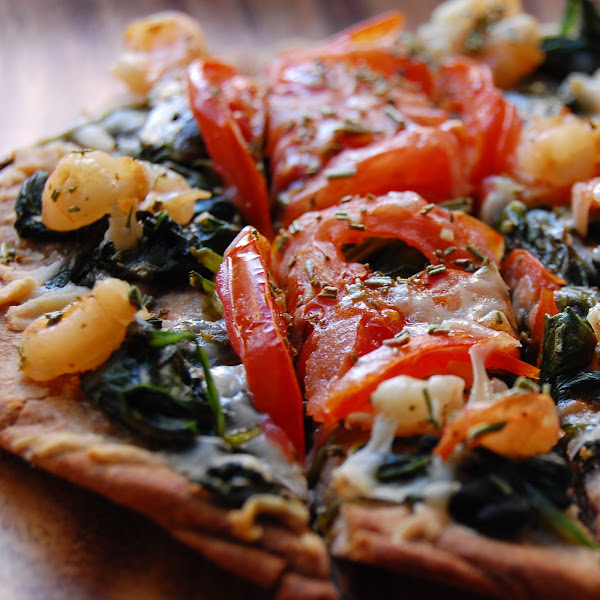