A Feast for the New Year

Dinner menu for New Year's Eve: a luxuriously smooth pureed parsnip soup, a vibrant kale salad and a pork tenderloin drunk with the flavors of balsamic and currants. Cheers to 2012. 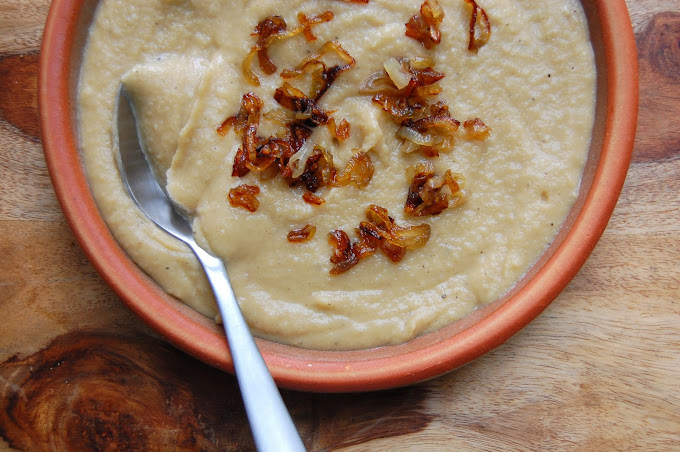 2. Halve a medium onion, peel it and cut roughly into sixths (no need to be precise).

3. Heat olive oil in a large pan over medium heat; add onion, and saute until soft and brown, about 5 minutes. Add chopped parsnips to the pan and saute with the onion until parsnips begin to brown slightly.

4. Add 2 cups vegetable broth and 1/2 cup almond milk, plus more as desired. Add salt and pepper, to taste, and 2 tsp ground cardamom. Bring mixture to a boil, then reduce to a simmer and cook until parsnips are soft, about 10-15 minutes.

5. When parsnips are soft, remove from heat and puree the soup with an immersion blender (or food processor / regular blender) until you reach a smooth consistency.

6. Serve with caramelized shallots as garnish. To prepare: thinly slice 2 shallots and saute with olive oil until soft; add 1 tsp maple syrup and cook until browned and caramelized. 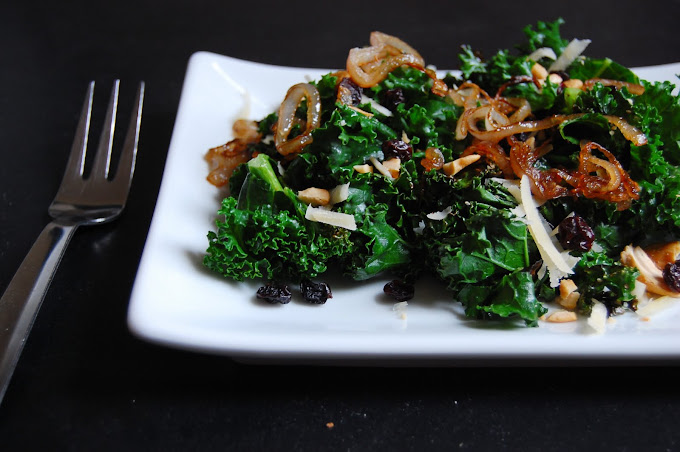 1. In a large skillet, heat olive oil over medium and add kale to the pan in batches. Season with salt and pepper to taste, sautéing until greens are wilted. Remove to a medium bowl and repeat process until all of the kale is cooked. Squeeze juice from 1/2 lemon into the bowl of kale and allow to cool. Refrigerate if preparing ahead.

2. When ready to serve, remove kale mixture from fridge and toss with fresh parmesan, currants and cashews. Set aside.

3. In a small skillet, heat olive oil over medium and add 2 thinly slice shallots, stirring frequently until soft and beginning to brown. Drizzle with maple syrup and allow the shallots to caramelize. Remove from pan and serve atop the kale salad. 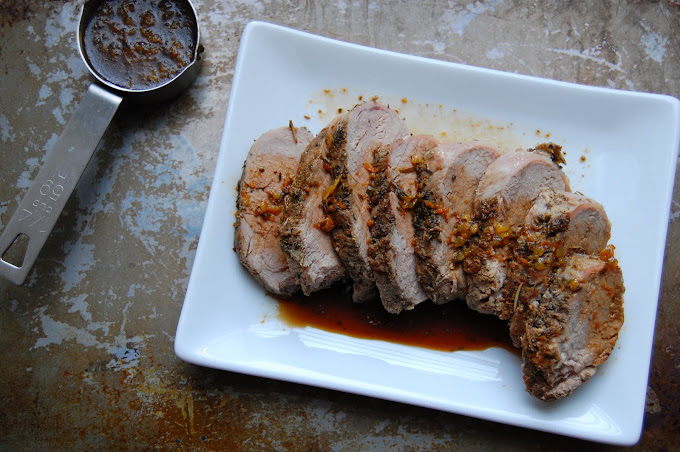 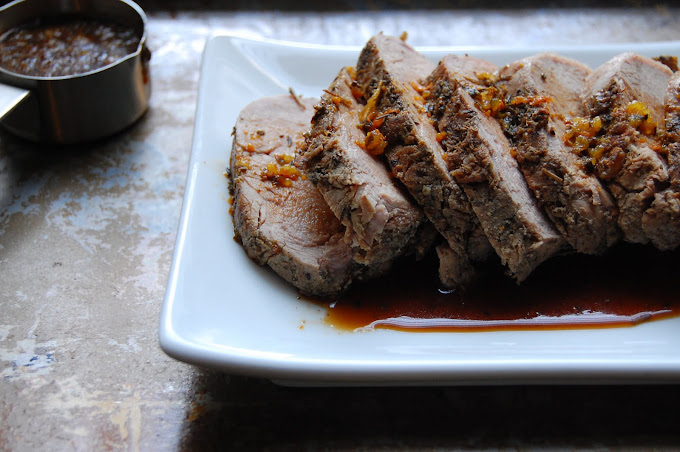 1. Preheat oven to 400 degrees. Combine ingredients for dry spice rub in a small bowl. Rub the pork with olive oil and then massage the spices into the meat evenly. Heat olive oil in a cast iron skillet over medium-high heat and brown the pork on all sides to get an even sear.

2. Transfer the skillet to the oven and roast for 30 minutes, or until a thermometer reads 140 degrees. Turn over after 15 minutes. Remove skillet from oven and place the pork on a plate or cutting board. Cover with foil and allow to rest for 10 minutes.

3. In the same skillet, heat olive oil over medium-high heat. Add the chicken broth and deglaze the pan. Stir in jelly and balsamic vinegar. Add orange zest, herbs, and salt & pepper to taste. Bring the sauce to a boil and cook, stirring occasionally, for 5-10 minutes, until sauce is slightly reduced.

4. To serve, slice the tenderloins into medallions and pour sauce over the pork.