The sandwich has long-tolerated its tainted reputation as a boring lunchtime staple. True, brown-bag ham & cheese isn’t especially haute cuisine, yet the space between two slices of bread is a crevice for creativity.

A notorious “over-stuffer” when it comes to sandwiches, I have learned that there is much value in selectivity. Paring down the number of characters clamped between bread bookends requires careful consideration of flavor pairings. With less room to hide in the layers, every ingredient has a voice, and harmony is key. This week I embraced the power of three, traversing cold, hot and pressed terrain in quest of creatively streamlined sandwiches. Behold three deliciously simple hand-held heros that exude the flavors of fall and elevate the sandwich to a level above the lowly lunchbox. Recipes from Mark Bittman’s Kitchen Express. 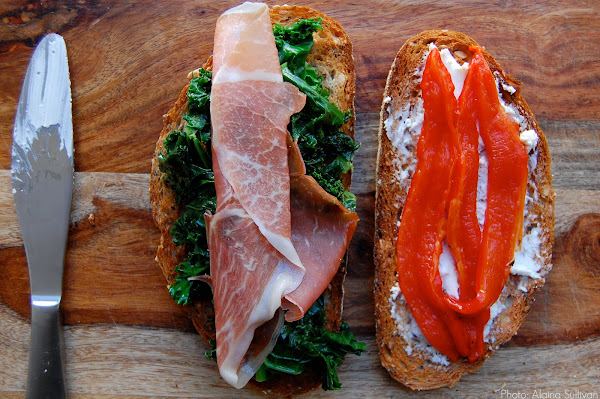 Kale and Prosciutto Sandwich:
Roll four leaves of kale and slice them into half-inch ribbons. Cook in olive oil until wilted and softened; season with fresh lemon juice, salt, and pepper. Toast slices of sourdough or other good-quality bread; spread the toasts with goat cheese and a heaping spoonful of kale; top with a slice of prosciutto. 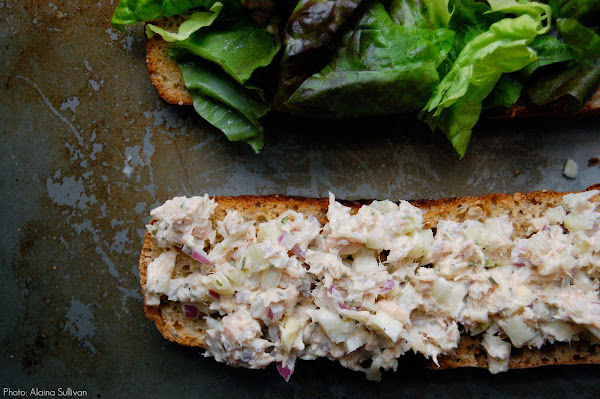 2) Tuna + Fennel + Tarragon -- Fennel is a refreshing, crunchy accompaniment to the tuna (as opposed to the standard celery), while tangy yogurt laced with tarragon provides the requisite creaminess.

Tuna Sandwich with Fennel and Tarragon:
Dice a bulb of fennel and a shallot or red onion. In a bowl, mix together about half a cup of plain yogurt, the fennel, the shallot, a drained can of tuna packed in oil, a teaspoon of chopped fresh tarragon, salt, and pepper. Serve in pita pockets, or rolled in large romaine lettuce leaves, with lemon wedges on the side. 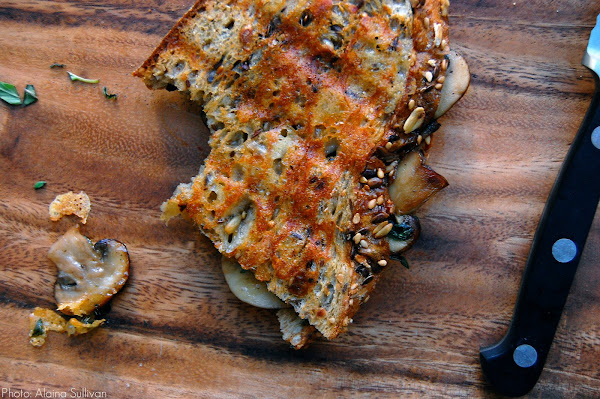 3) Mushrooms + Oregano + Fontina -- A grown-up grilled cheese. The fontina, a cut above Kraft Select Singles; the sautéed mushrooms, rich and meaty. A kiss of oregano seals the deal.

Panini with Mushrooms and Fontina:
Cook about two cups of sliced mushrooms in butter; season with fresh oregano or thyme, salt, and pepper. When the mushrooms have released their liquid and dried out, divide the vegetable mixture among slices of good-quality whole grain bread with thinly sliced fontina or other semi-hard cheese on top; add another slice of bread on top and brush the outside of both sides with olive oil or softened butter if you like. Cook the sandwich in whatever press you have until the bread is toasted and the cheese is melted, adjusting the heat as needed.

(Note: Good bread is the foundation of a successful sandwich, so pick something hearty – a sourdough, ciabatta or 12-grain. I recommend toasting for extra support and crunch.)