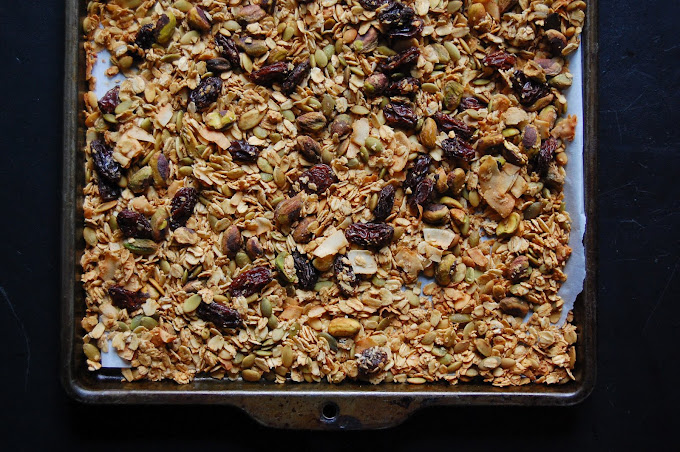 Ever-full of creative flair, my friend Ling recently incorporated bourbon into her homemade granola -- a bold move that I decided to play with in my next batch. The booze I chose: A smooth and mellow gold rum. The result: A beach of rum-soaked oats mingling with flecks of coconut in a way that makes the Caribbean sand feel much closer than it actually is. The whole thing is veiled in a vanilla-maple sweetness, with warm nutmeg and cinnamon adding spicy depth. Sea salt balances the sugar, and pistachios and pepitas punctuate the scene with nutty crunch. I rarely put dried fruit in my granola, but I made an exception for the irresistible rum/raisin combo in this case.

Preheat oven to 300. Combine dry ingredients in a large bowl; toss gently. Add oil, maple syrup, rum and vanilla; stir until ingredients are evenly coated. Spread granola onto a rimmed baking sheet (lined with parchment). Bake for about 30-35 minutes, stirring every 10, until toasted and golden. Allow to cool completely before serving or storing. Lasts several weeks in an airtight container/jar. 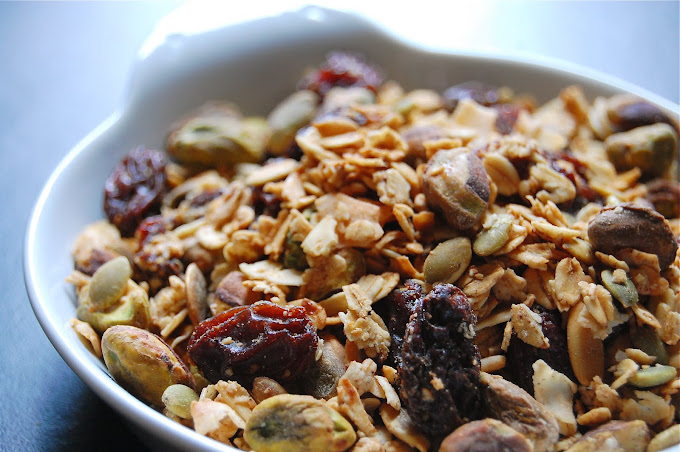